HBO To Netflix: Bring It On 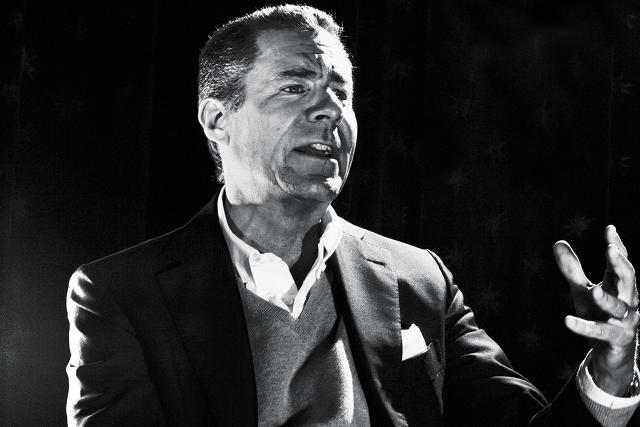 HBO is releasing its new streaming platform called “HBO Now”. And it’s expected to create a ripple in the online landscape of (as the article describes) “media vehicles like Amazon, Hulu, Netflix, and a slew of new online streaming services.”

Here’s an interesting excerpt from the article:

Netflix is the peskiest of these, the only one that could, in the opinion of some pundits, knock HBO off track. Plepler became CEO on January 1, 2013, and later that very month, Netflix’s chief content officer, Ted Sarandos, declared, “The goal is to become HBO faster than HBO can become us.” Since then, Netflix has launched original series such as House of Cards and Orange Is the New Black, acquired the right to air five new Marvel series and Chelsea Handler’s next project, grown from 33 million to 57.4 million subscribers, and increased revenue from $3.6 billion to $5.5 billion, while boosting its stock price almost 400%. “Two to three years ago, the average user was watching almost 60 minutes of Netflix a day. Today, it’s nearly two hours,” says Liam Boluk, a media strategy consultant at Redef. “Netflix is bigger than every single cable and premium-cable network in the U.S. No matter how well programmed, powerful, or profitable HBO is today, you can’t look at that scale and might and not feel the need to act soon.”

HBO Now, it is a stand-alone version of HBO Go, an app that gives access to just about every episode of every HBO series, as well as tons of movies, documentaries, and sports. Rather than merely being a bonus for people who subscribe to HBO through an existing cable provider (usually paying something like $15 a month), HBO Now will not require a cable subscription. It will be available at launch to anyone with an Apple device.

People are expected to spend $236 billion on subscription television by 2018.

Sign up for our monthly newsletter to stay informed and receive exclusive updates.

You have Successfully Subscribed!

A Blog About The Internet Economy

We've entered into a new economy. The world on the Internet. The future can be anything we want it to be, but we must work together. New websites and new Internet businesses are created daily. It's very exciting... let's blog about it! This blog is a source of information and education for notTV creators and artists. Become part of the notTV Cooperative and join the movement.

Get the notTV Newsletter

Sign up for our monthly newsletter to get exclusive offers and announcements.

Click the link in your email to confirm your subscription.